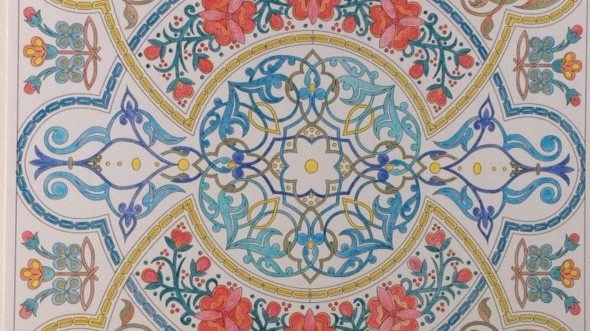 One of my original motivations for launching this blog was the recent experience of my friend, Dorothy, with today’s healthcare “system.” To introduce the topics of respect and disrespect for the elderly in nursing homes and in the homecare system, and, in particular, for those nearing the end of their lives, I would like to share a little about Dorothy and my relationship with her in the year preceding her death.

I first met Dorothy at church about 15 years ago. After she moved away to an independent living community in a nearby state, we stayed in touch through occasional letters and emails, and I would visit her a couple of times a year.  Last year she moved back to a nearby town to live in the first-floor apartment of her son, Robert’s, double-decker home because she could no longer manage on her own. She died the day before her 98th birthday in December 2016.

After her return to the area, my interactions with Dorothy became more frequent, both because she was nearer and because I was retired and had time to visit friends.  She cared deeply about others, me included, and we became close over the last months of her life.  She was an exceptional person; her intelligent mind was very clear and sharp to almost the very end, and she had very definite ideas about how she wanted to live and die.  We talked openly and freely about those ideas. At some point during the last year I wrote her a letter expressing my desire to share her journey towards death.  She did not, immediately, acknowledge or respond to that request, but I felt invited into her journey by the regular interactions I had with her and her son.

This is what I wrote a month after she died.

Dorothy pushed me away close to the end of her life.  At the end, she wanted around her only those she thought she could legitimately consider caregivers:  Robert, his wife, the hospice care aides.  She was reduced to needing physical care and to being unable to give anything.  She considered me a friend to whom she needed to give something of herself and she had nothing left to give.  If I would show up to see her, she would feel “called forth” from her depleted state and obligated to offer some “energy of giving” that she no longer possessed – even if it were only a look or a smile or a word.  She resented that obligation and wanted to be freed from it.  She wanted me not to show up.

Somehow understanding this, the gift I gave her at the end was “not to show up”. I stayed away out of respect for her desire and need.

Of course, what she didn’t know, couldn’t understand, from the perspective of her personal life- experience of taking a great deal of responsibility for the care and wellbeing of others, was that I didn’t need or want any kind of care from her – not a word or a look or a touch.  I simply wanted to be present, silent, still.  I wanted to sit there, nearby, loving and respecting her.

In the last months of her life, Dorothy listened a great deal to me; to stories about the events and people in my life.  She seemed interested, almost fascinated in a simple, direct way.  There was sincerity and clarity to our conversations.  Because she was deaf and dependent on two hearing aids, I would speak slightly slower than normal; clearly and distinctly.  That demanded that I choose words carefully and with economy.  She did the same because her energy was lagging.  Conversations were not long.  I listened a great deal to stories of what was happening to her physically as she became weaker – stories about her interactions with the healthcare system and her frustrations about it.  She was kind and generous to individuals, for whom she tried to find excuses for inefficient or ineffective service, but she was a thorough critic of the system that she felt was under-serving her and other elderly and dying persons.  We talked about the possibility of writing something about the failures of the “system” and how it affects those like her. She was shocked by what she was experiencing and seeing and wished there were something she could do to effect change.

She also told me stories about her children and her love and concern for them; and stories about her life, her difficult times, and her relationship with her beloved husband.  What she offered me in those conversations seemed like precious jewels that I knew, as I was receiving them, I would cherish forever.

Dorothy was not always “good.”  Sometimes she was stubborn, demanding, picky, judgmental, and critical.  Because she was so intelligent, a highly-educated scientist, she could see through much of the dissembling and patronizing that she encountered in doctors and healthcare professionals around issues of aging, illness and death.  Dorothy had always been strong and self-sufficient. To the end of her life she had a very strong will.  She was not perfect, but she was always intense and honest.

I realize now that I did want something from Dorothy.  I wanted her to give me the gift of sharing her dying.  It was a gift she could not give, and I accept that.  Though to me, at this point in my life, it seems a very important gift, perhaps the most important.  I wanted to be Dorothy’s student.  She had been a role model for me in life; I wanted her to be that in death as well.

Dorothy experienced two nursing home stays in the last six months of her life—one in a “rehab” unit after a hospitalization and another in respite care while her son was trying to arrange for more extensive homecare.  Both stays were deeply disturbing to her.  She felt more fortunate than her fellow patients because she was mentally competent and could advocate for herself.  By contrast, many others, she felt, were severely under-served.  The homecare that her son worked diligently to set up was spotty and didn’t fully meet his or her needs or expectations.  In future posts, I will describe some of the specific situations she encountered in the nursing homes, in particular.

There is much current public discussion and writing about end-of-life medical care, how it has evolved and whether it serves well the people who need it.  Two books are important contributions to this discussion:  Being Mortal, by Atul Gawande and Modern Death: How Medicine Changed the End of Life, by Haider Warraich.  A TED talk, “What Really Matters at the End of Life,” by BJ Miller also provides a fresh and insightful perspective:  https://www.ted.com/talks/bj_miller_what_really_matters_at_the_end_of_life

The voice I hope to add to a discussion about end-of-life care and respect is one of personal experience:  my years of interaction with the nursing home system in the northeast as guardian for a patient who lived in several “homes”; the experience of my mother-in-law who lived and died in a nursing home; the treatment my father received under hospice in Canada; Dorothy’s experience.  As I ponder their situations I feel that respect is the crux of the matter.  The system we have put in place, as a society, to care for our elderly, reflects a deep disrespect for the very people it was created to serve.

The next post will say more on this topic.

5 thoughts on “Respect: The Elderly and End of Life Care”